i confess i am a bargain junkie. the other day, in the office supply store, when i saw this very plain, black, utilitarian multi-photo frame for just $3... i pounced! because i knew i had two secret weapons which would completely banish its boringness: #1 the august pixie dust kit PICNIC BASKET and #2 a set of uber-cute beach photos of my nieces and nephew.
was i right, or what?! :) 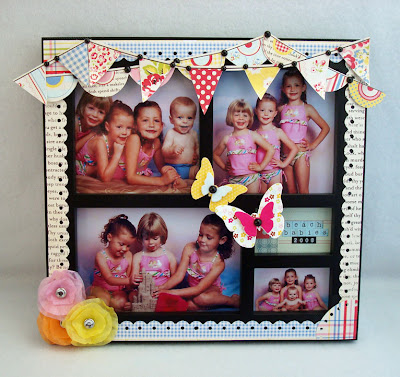 i actually think having either one of these secret weapons would've been enough; the PICNIC BASKET kit has soooooooooo many beautiful, summery papers and cute, colorful embellishments that you really can't go wrong. as for the photos... they're sort of hard to beat, if a proud auntie might be excused for bragging. but the colors of both really are PERFECT together, don't you think? 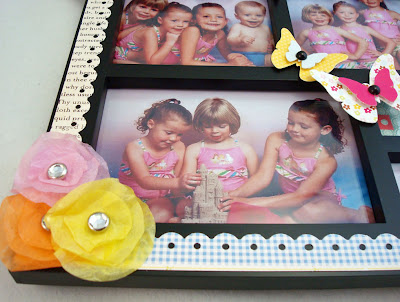 i started by trimming and punching some strips of the girls' paperie "gingham stripe" paper to go around the edges of the frame. next i popped the pebbles tissue paper flowers into one corner... 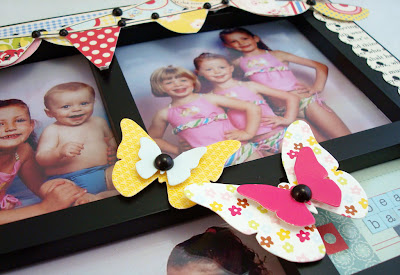 ...and american crafts' butterfly delights into the center. (the black stick-on pearls were my only "cheat"... i couldn't resist adding them as a finishing touch at the very end.) 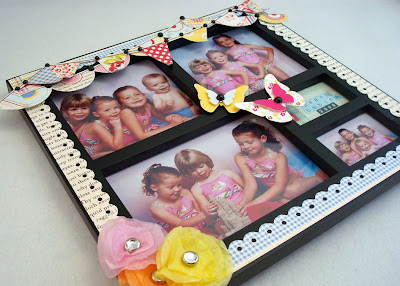 i only had four photos and the frame had five slots, so i made a little title using one of the tags in cosmo cricket's 12x12 "odds and ends" sheet and some leftover girls' paperie alphabets from last month's MIDSUMMER NIGHT'S DREAM kit. 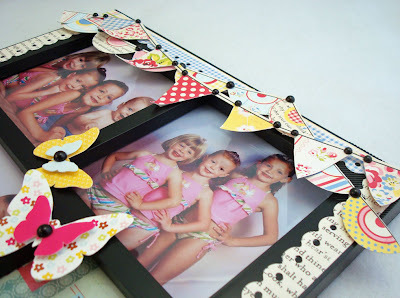 finally i cut out a few of the festive banners from the girls' paperie "party pennants" paper, affixed them to the top of the frame, and called it a day! 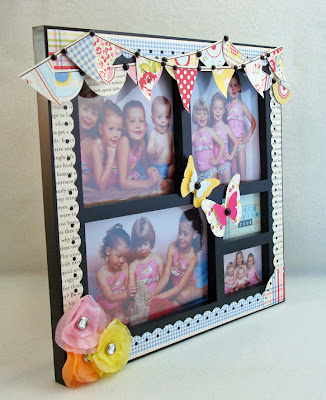 there is only one tiny problem: two of these adorable "beach babies" are my brother's kids, and the other two belong to my sister. since i'd like to stay on speaking terms with BOTH of them, i think i'm going to need another frame. see you in the clearance aisle! :)
Kirsty's Note -
Look at those beach babies, what a proud aunt you are!
So is the project, so pretty! Thanks Pixie Lauren!
At The Pixie Shop
For card makers and those who do not need a huge kit, Pixie has 2 mini kits for you in August
Here's August Mini Kit #2 - At The Park ($17.90) 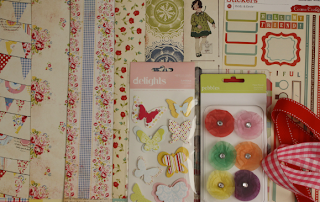 List of items included in August Mini Kit #2 At The Park can be found HERE!
Limited quantity, get yours now!!!
August GIVEAWAY 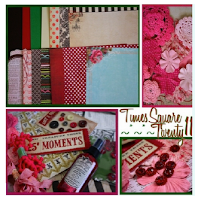 So what do you need to do to be in the running for this? Check it out HERE!!! 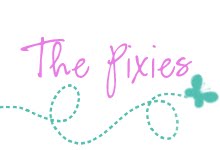 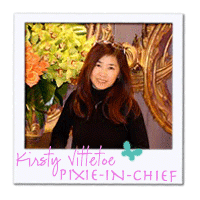 All artwork presented here is property of its respective owners, and is solely for your enjoyment and inspiration. These images may not be copied for publication or design contests, without a written permission from the artist. Thank You! 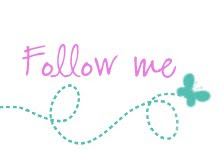 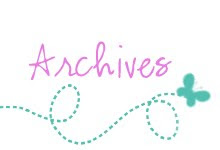 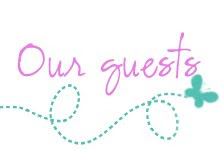